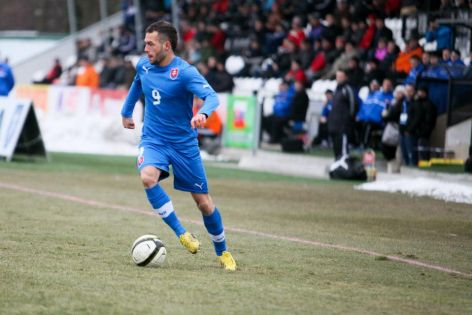 Milan to join U21 team

Following an exhausting season with The Saddlers, Milan Lalkovič was called for u-21 international friendly Slovakia v Czech republic.

"I am happy to see the guys and staff again. It´s been really tough season for me, but Czecho-Slovakia derby is always a bit special, that´s why I am looking forward to the game," says Milan Lalkovič after a vital 47-games portion in 2013/2014 season.

"To tell the truth, this is what I´ve missed before. Almost 50 games means huge experience for me. I convinced everybody nor miself that I am prepared for must-win football among men and this is the most important," says Košice and Chelsea brought up player, who scored 6 in campaign.

"Strikers have to score, I am also happy for the assists and several MVP. We are perfect team in Walsall and my thanks for good season belong to all the of boys and staff," concluded Milan, who joined Slovak national team Sunday eve. The game Slovakia - Czech republic ´u21´ is scheduled this Wednesday at 17,00 CET kick-off.