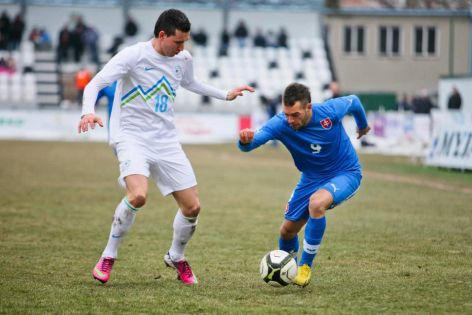 Slovakia u-21 suffered first loss in Scotland (1-2). Lalkovič admits first half was crucial.

"We had made some errors which led to goals in our net. Scotsmen earned a two goal lead until the interval and made it very difficult for us," says Milan Lalkovič, who played fulltime in St. Mirren park.

"Despite this, the second half was much better from our side. Our perfomance was on high, but we were not able to level the score, just to score once. Our opponents were doing everything to save the victory, often throwing themselves into our shots, so it was really tough. We feel that we have lost points, the only thing we can do is to take revenge on Monday against Luxembourg. It means to reach three points for victory," added FC Walsall loaned striker.